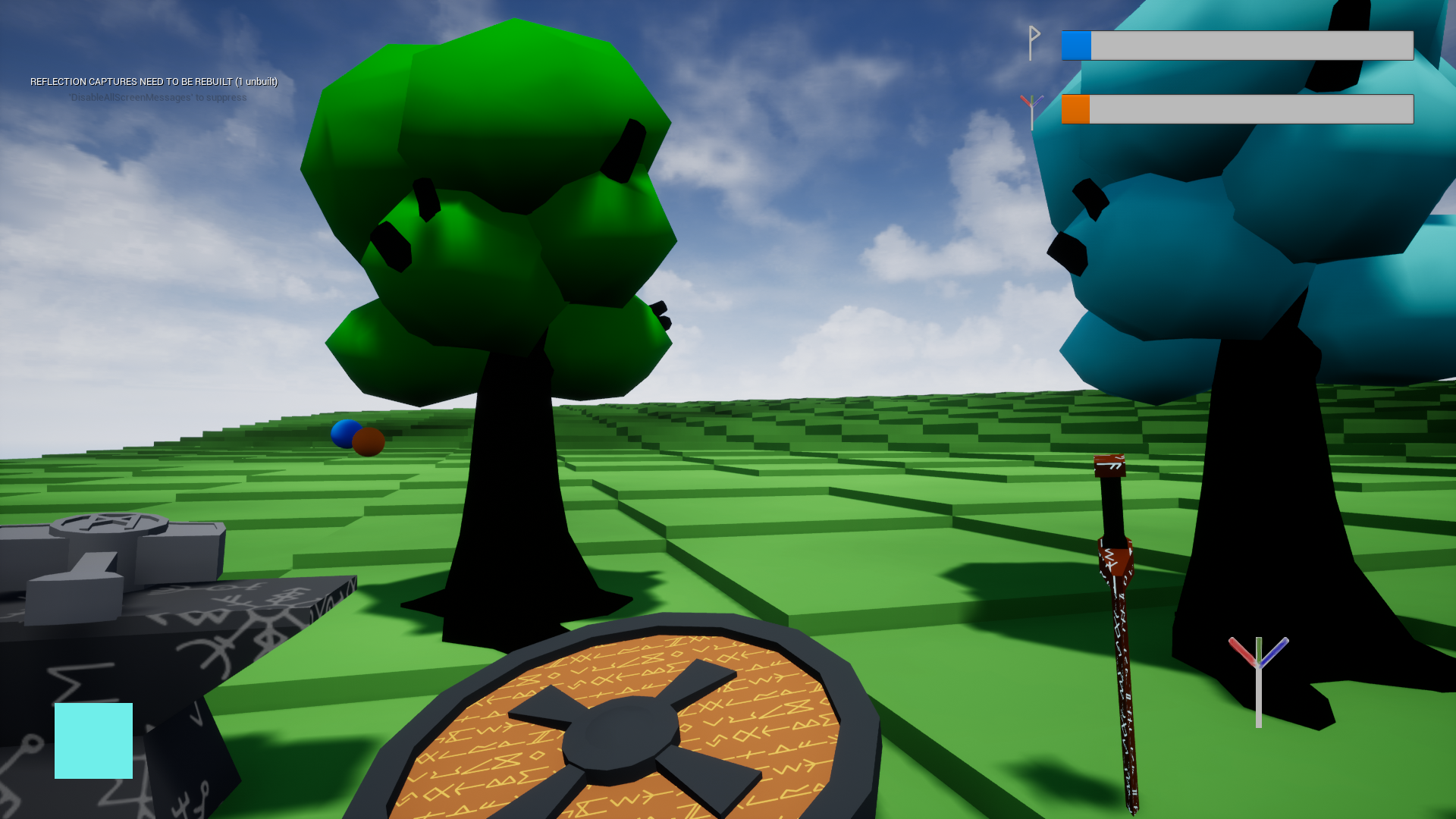 Over the course of first week-end of May, we participated in a game jam organised by a French YouTube channel, TutoUnity, to celebrate them reaching 50.000 followers.
The theme was “Start with nothing”.

We decided to use the Unreal Engine, and started brainstorming together, deciding to go for a game where you start in an empty world and you can add shapes and paint them to fill the world. We chose to give it a Norse mythology flavour, by referencing the cosmogony of the world according to the Edda. We decided to use the name Völuspá for our game, as it references the first poem of the Edda, the telling of the creation of the world.

Because we had only 48 hours to make our game, we did not really take the time to document our work process. We basically set up a Trello board to keep track of our ideas and actions and to do list and a git repository to share our code.

We wanted our game to be contemplative and peaceful and we chose a music that felt like that to us, thanks to the resources available on opengameart.org. We found a music by Loïc David “Dogers” Pasquale that we felt was appropriate.

I was in charge with making the icons and decided to make them all with runes from the Futhark alphabet as basis, trying to make them have the shape of the object they were supposed to represent. It turned out most of them were rather unclear.

We made a UI that we tried to keep clear and simple, with just the indication of construction/paint mode and the colour chosen, as well as the progress towards the next unlock of elements.

We finished the week-end with a game that was playable, and rather fun, despite a few bugs annoying us. A few friends played it and provided some comments that were pretty useful, and we decided to keep working a little on it to have a few more things like a save function and a few more items. We also want to find some more music because when you play for a long time, our chosen music becomes a little annoying.

You can find our game on the itch.io website here: https://galactic-overbears.itch.io/voluspa. We are still working on it for the moment and updates will be announced over there.